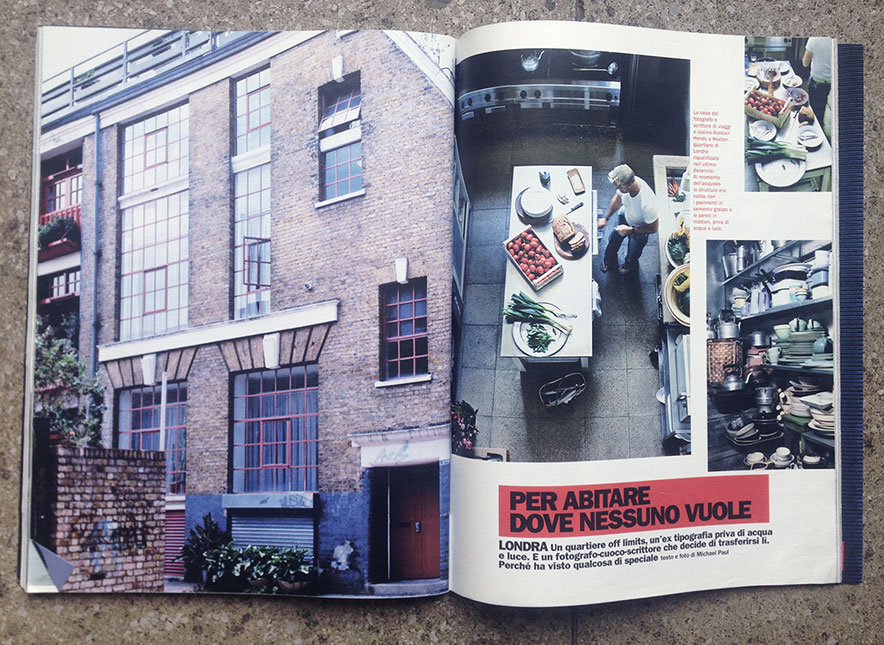 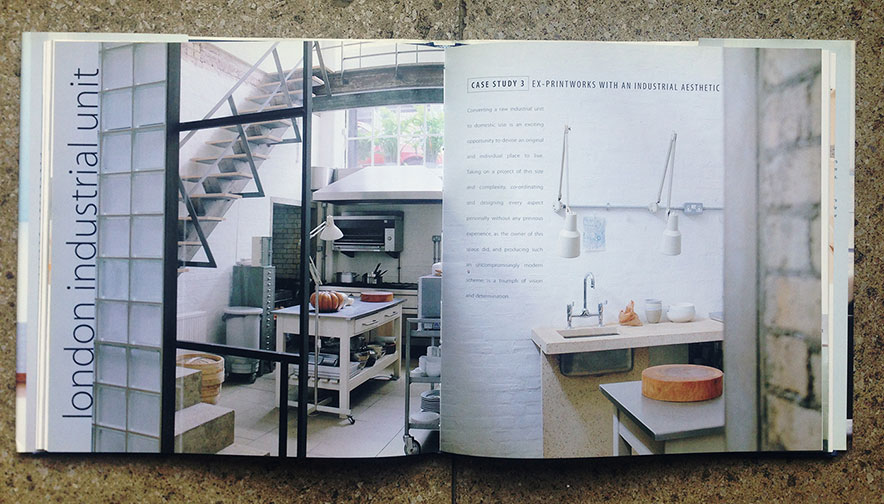 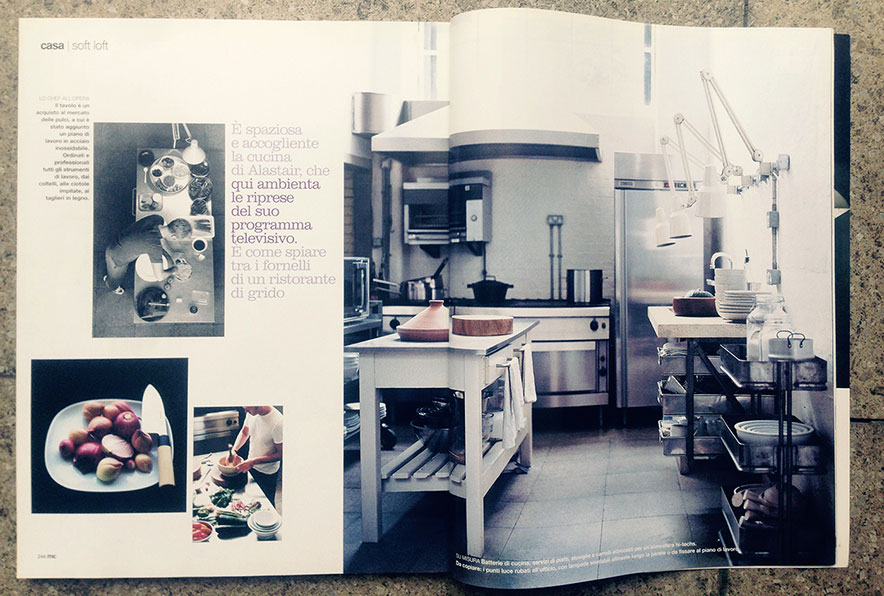 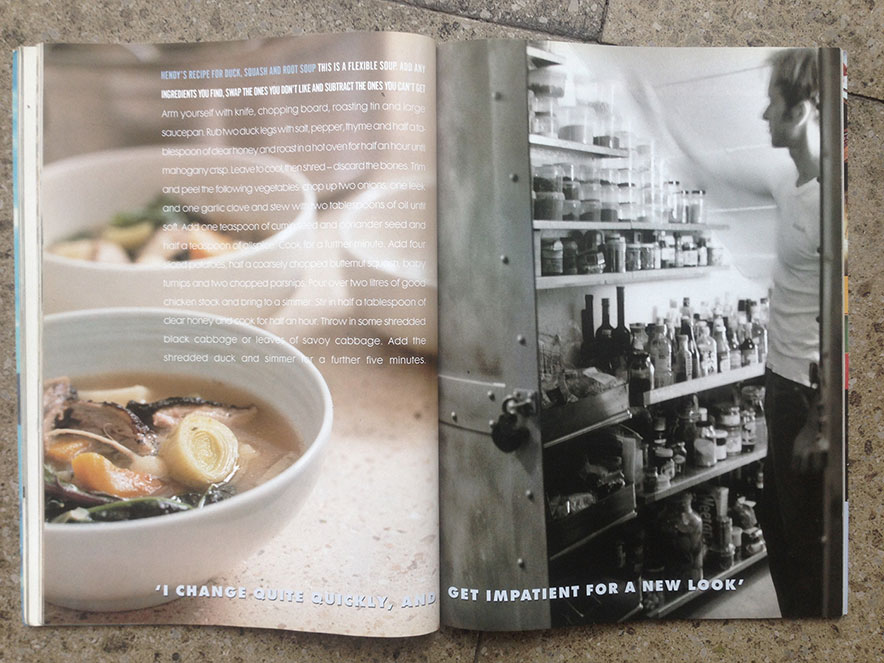 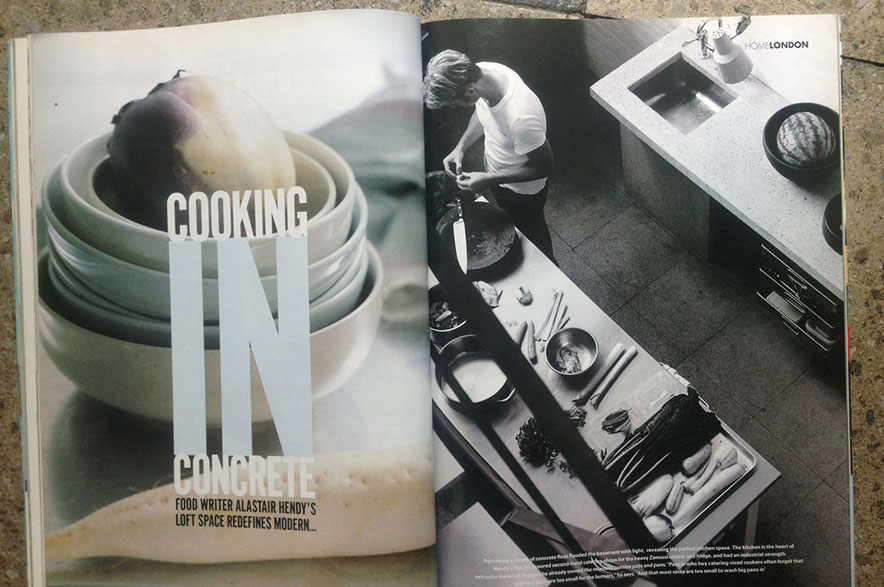 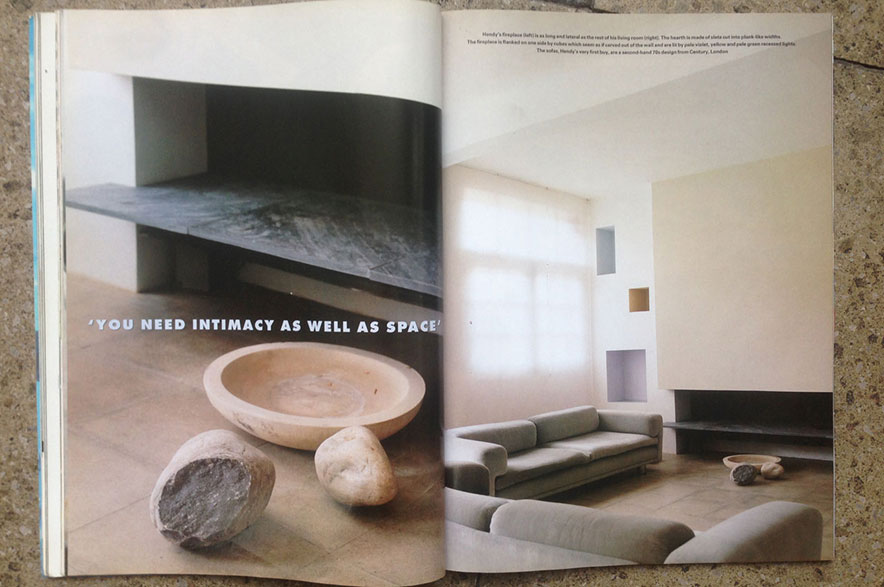 Adapted from a feature published in Livingetc, Vogue and Italian Marie Claire written by Michael Paul

‘Here new dishes are dreamed up; images for Alastair’s books are styled and shot; and travel stories are written for international magazines. This is the ultimate, modern-day, urban living space.’

Twenty years ago, the no man’s land of Hoxton Shoreditch in the east of London, was suffering from a sad case of the inner-city blues. However to those with an eye for these things it was obvious that this run-down area, with its neglected warehouses and airy lofts, was ripe for development. As the East End of London became more chic it didn’t take long for Hoxton to be discovered. First the artists moved in, then the photographers arrived, followed by the models and hot on their heels came the style hungry whiz kids from the city – and before you knew it, property prices skyrocketed. Today its backstreets and alleyways are home to the coolest galleries, bars and boutiques. It’s where trends are made and hairstyles are born.

‘We came up against all sorts of problems’ explains Alastair. ‘Even finding a mortgage on a space with no plumbing and electricity was a nightmare. But we persevered and although there were times when we fraught with despair we never lost sight of the final concept.’ This was back in 1996. Today the end result is as contemporary and as relevant as it was back then. The total transition to a sophisticated urban living space is a tribute to Alastair’s vision to create a ground breaking home – and given Alastair’s high profile has become one of London’s most talked about apartments. Following numerous magazine articles, a BBC 2 programme on the apartment and Alastair’s popular Carlton TV cooking show that invited viewers into his home, it quickly gained cult status.

When you first enter the apartment, with its Zen-like calm and pared down simplicity, it’s not hard to understand why. The whole space is a clean, uncluttered canvas that serves to highlight the beauty of its contents – the ideal habitat for such a style conscious person like Alastair who the UK media regard as a doyen of today’s good taste.

Not surprisingly the focus of the interior is the kitchen, which is on the lower level, but has the great advantage of having been opened up all the way up to top floor so that it becomes the focal point with all the other living areas radiating out from its almost magnetic core. Designed specifically for Alastair’s work, the kitchen embodies the industrial style running throughout the entire living space – but first time visitors might be forgiven for mistaking this area as the kitchen of a fashionable restaurant. Alastair carefully chose all the equipment to ensure that it was totally workmanlike so not only does it look the part but it performs both ergonomically and efficiently.

‘Food and cooking are such important rituals in my life that I wanted the kitchen to be centre stage,’ explains Alastair. ‘I wanted a kitchen that could cope with the wear and tear of being used everyday for developing new recipes for my books and TV shows, and for delivering many generous suppers with friends’.

It’s clear that first and foremost that this is a home. But it is also Alastair’s studio and workspace – a place to seek inspiration. Here new dishes are dreamed up; images for his books are styled and shot; and travel stories are written for international magazines. This is the ultimate, modern-day, urban living space – original, creative and comfortable.