Jack In The Green Procession 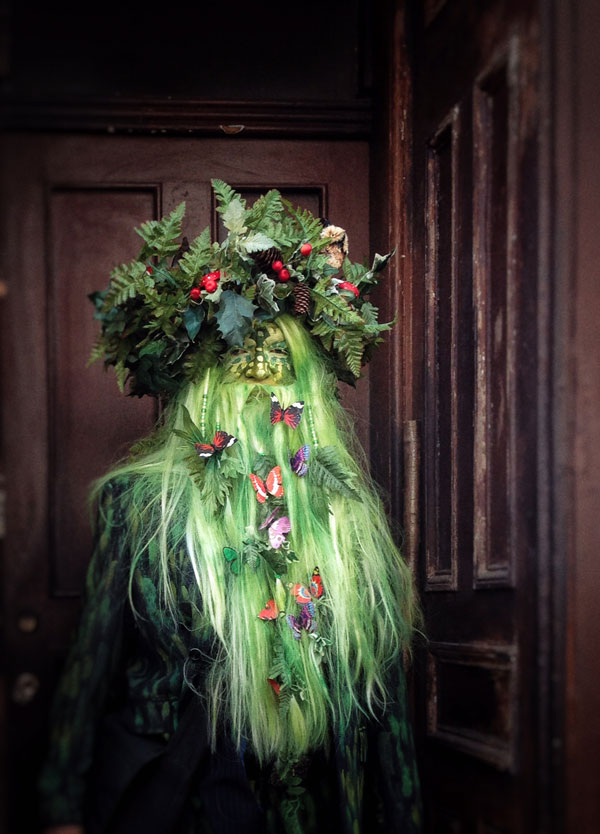 ‘Jack is asleep,
awaiting the next time he walks the land.
The Morris men,
and women,
and dragons dance on.
The Sweeps keep on sweeping,
the Bogies are still drinking;
and the Drummers play on.’

Out came the green face-paint, giants, wicker-men, antler headdresses, ravens and pre-Raphaelite tresses of hair entwined with flowers and green leaves – and Jack: part man, part bush, and accompanied by his equally leafy escorts, the Bogies, and Black Sal, his be-flowered consort. Hastings loves dressing up, and this May bank holiday procession accompanied by drums, Morris dancer’s bells and siren’s violins put on yet again an extraordinary pagan spectacle. 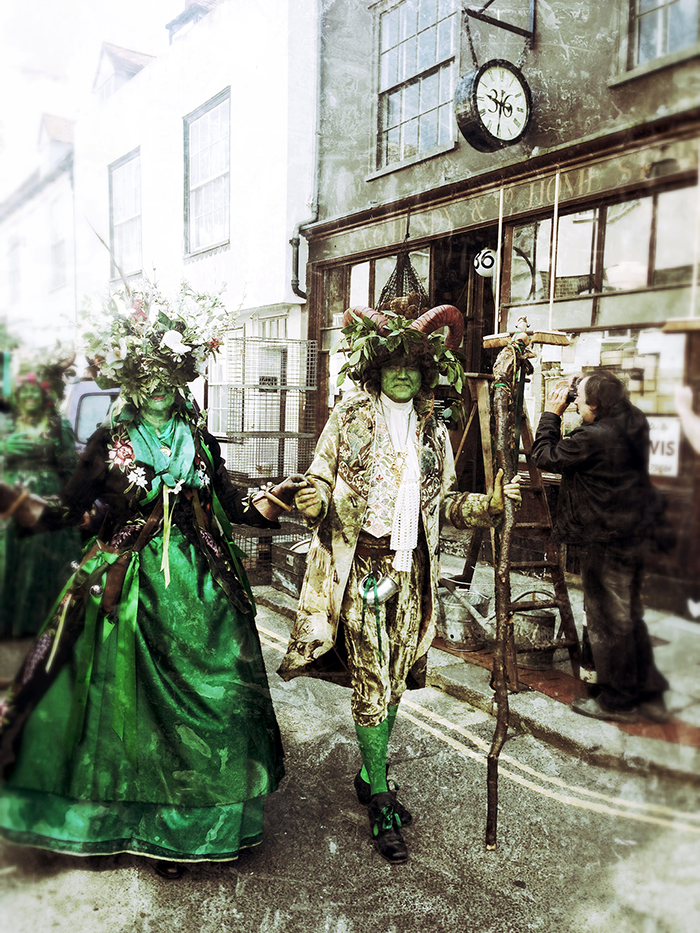 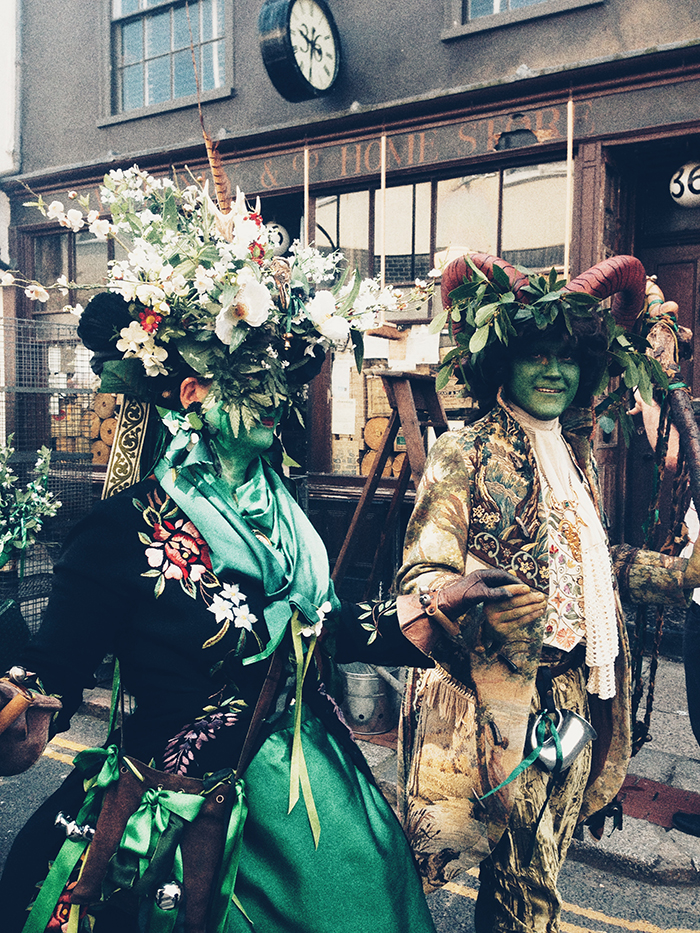 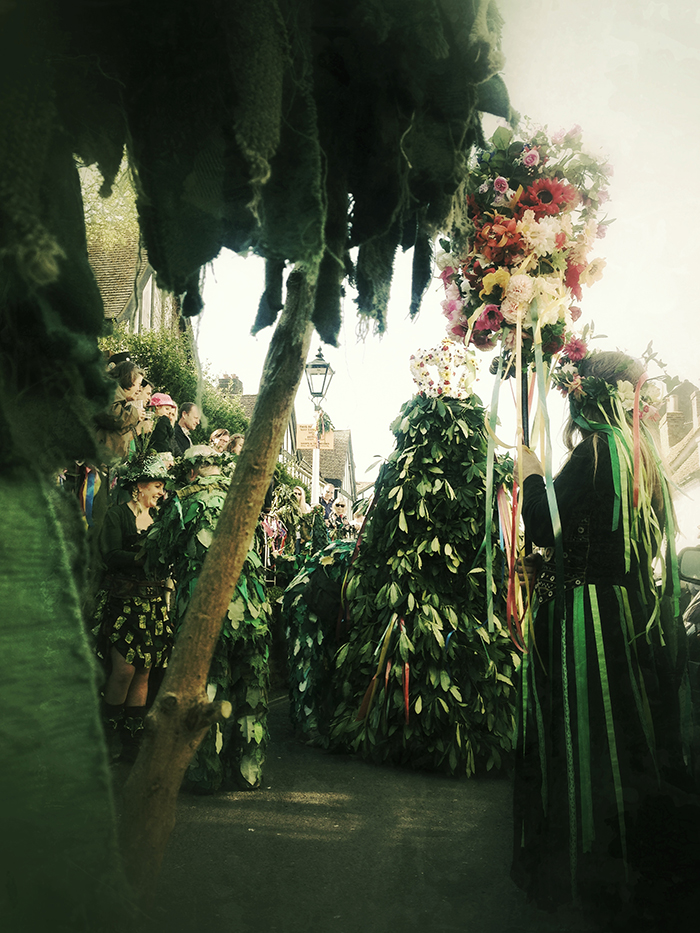 The four-day event, steeped in folklore, celebrates the coming of spring and attracts Morris dancers from all over the country, culminating in a ceremony called the slaying of the Jack – so to release the spirit of the summer. In the 16th and 17th centuries people made garlands of flowers and leaves for May Day celebrations and the tradition developed until some completely cloaked themselves in foliage. Chimney boys cloaked in grass were nicknamed “Jack in the Green”. 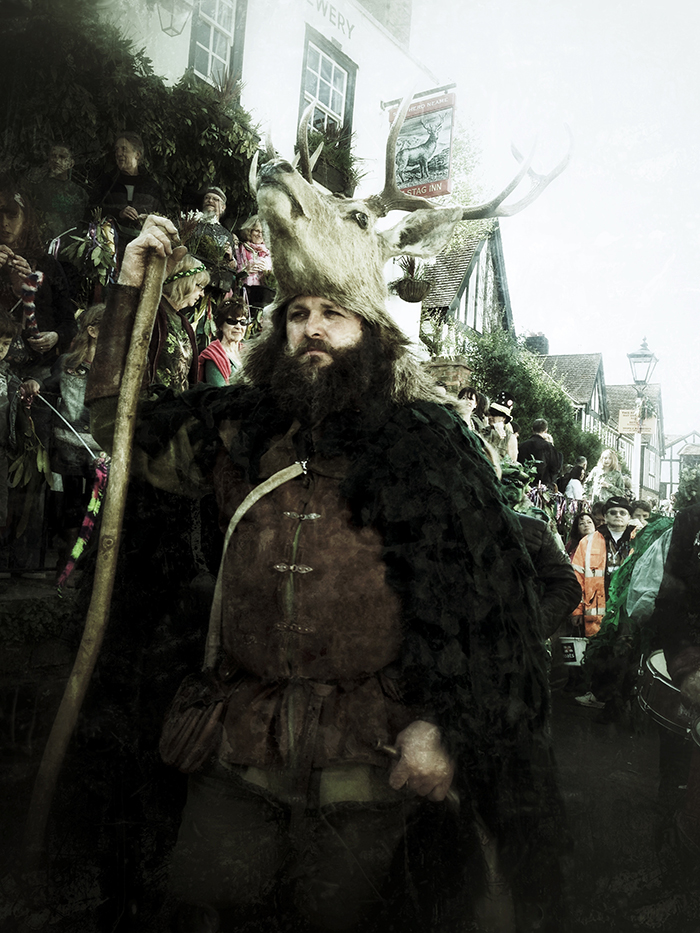 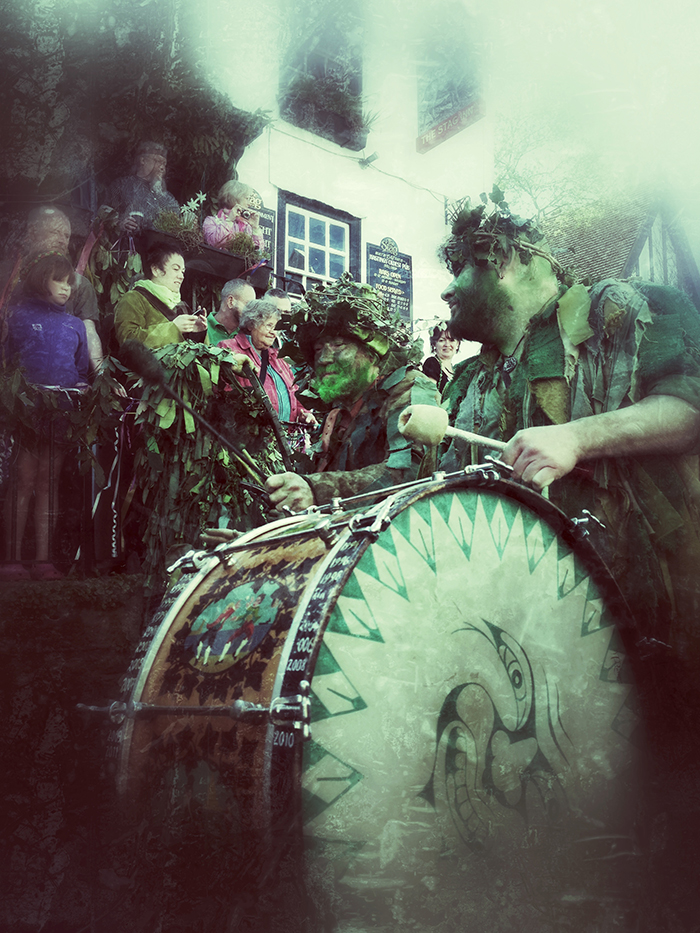 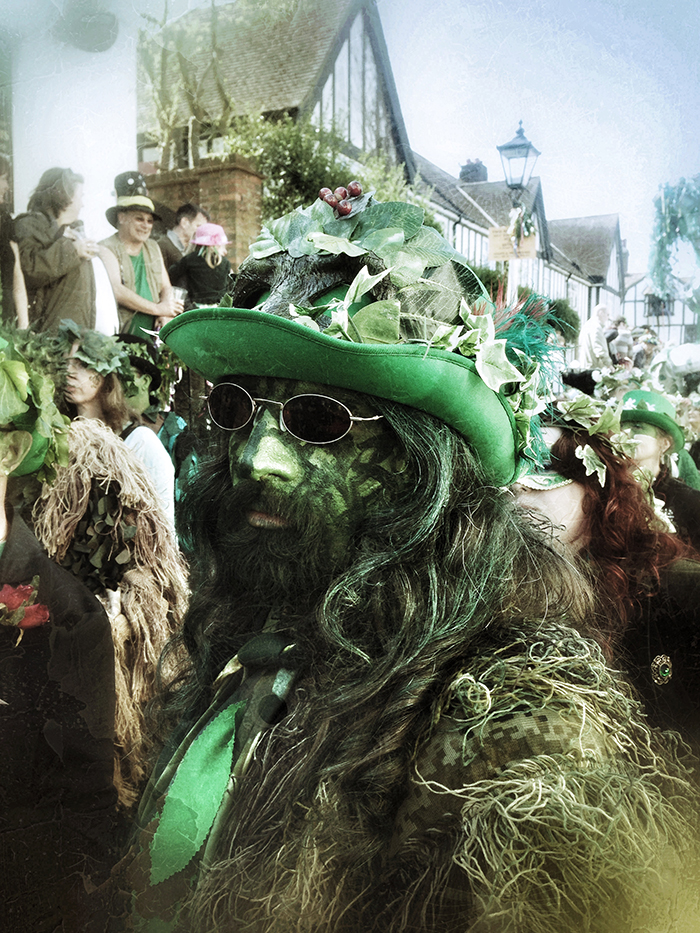 The Victorians frowned upon such drunken reveling and the celebration eventually died out, but in 1983 the Mad Jacks Morris Dancers revived Jack in Hastings. For the symbolic slaying of the Jack, as is the custom, everyone gathered for a picnic and revelry on the lawns beside the ruins of 1066 William The Conqueror’s ruined castle up on the West Hill. 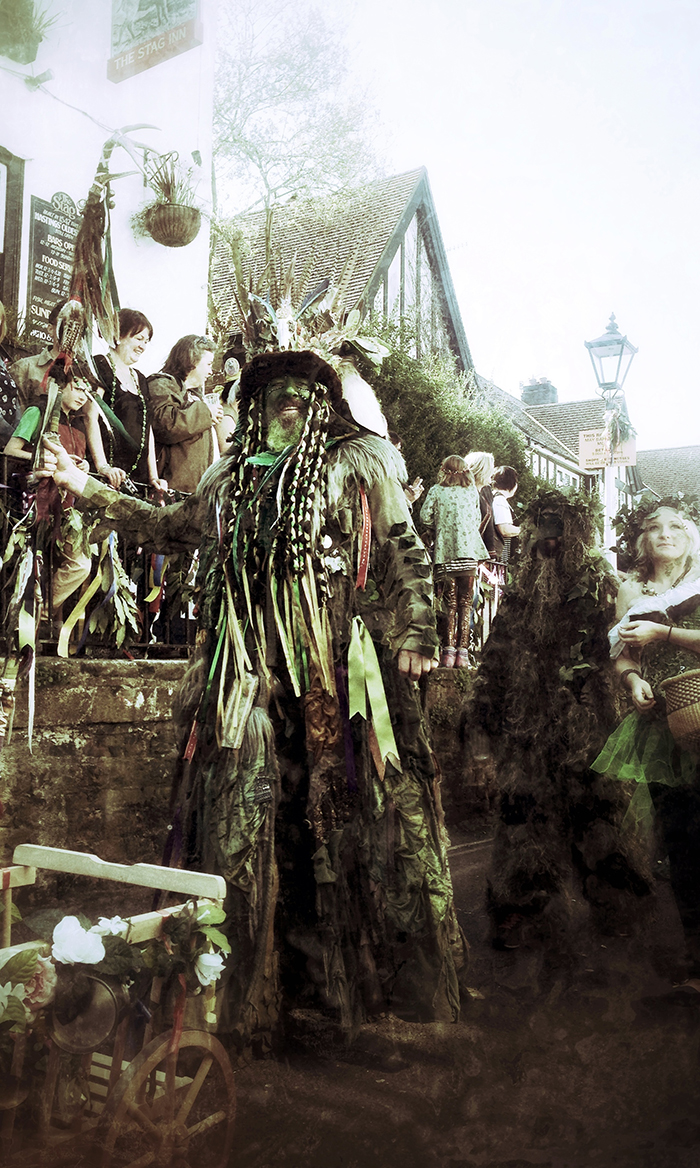 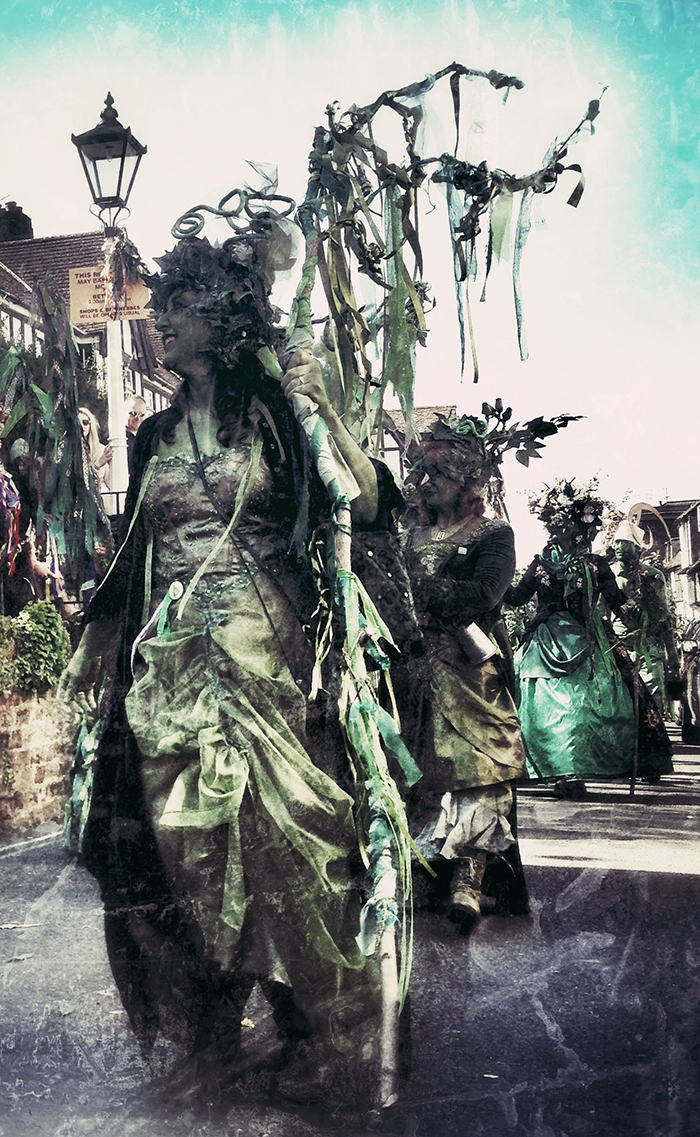